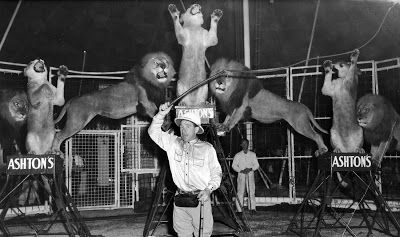 Circus in Australia: A Fantastical Memoire

The year is 1856.  A German band of four brothers arrives in Sydney with little more than their musical training, brass instruments and hopes of finding gold.

For years, they divide their time between entertaining crowds at fairs, dances and circuses and following leads on gold strikes. Pay dirt lures two of the brothers to Darling Downs, where they build Wirth’s Music Hall.

As the Wirth family grows in both size and notoriety, they discover a number of opportunities for circus performance. They soon find themselves exchanging music lessons for tumbling and horsemanship instruction.

Nearly 20 years after the Wirths’ arrival in Australia, the family teams up with circus owner William Barlow. This leads them through an exhilarating, albeit trying, series of partnerships that would lead to the establishment of Wirth’s Circus.

Gifted, athletic, resourceful…are just a few of the adjectives used to describe the Wirth family of performers. But it doesn’t end there. They’re also responsible for diversifying the circus in Australia by introducing acts from Japan and the western United States, as well as enhancing three-ring presentations with musical scores.

Wirth’s Circus, until its last performance in Brisbane in 1963, was a leading name in Australian circus entertainment. However, it wasn’t the first group to enrapture audiences with the awe and amazement of circus feats.

The Circus, as it Colours Australian Culture

The first recorded circus act in Australia happened in Sydney, in 1833. Two tightrope walkers, one of whom was a convicted felon, put on a show at Sydney’s Theatre Royale.

Established in the early 1800s, the Ashton Circus (which is now eight generations deep) performed through the Federation Drought of 1901, World War I, World War II and the Great Depression.

In 1847, Radford’s Royal Circus was founded in Launceston, but took on a nomadic nature by 1851, travelling to gold prospecting sites across Australia. By 1856, the shift from Amphitheatre to circus tent was solidified, crediting Robert Avis Radford with the travelling circus concept.

As it strived to continually astound, the circus developed to include unbelievable feats of strength, agility and daring, exposing the limitlessness of human creativity and prowess. There were Ben-Hur style chariot races (with unmanned motorcycles instead of horses), dogs climbing ladders and jumping under, over and through fire, trapeze artists flying untethered, the taming of wild beasts, human pyramids on galloping horseback, humans being shot from cannons and so many more sights, sounds and smells to delight the senses.

The big-top feats were dangerous, but the lengths performing companies went to in order to bring their acts together defied belief as well. Circus performers and their caravans crossed raging rivers, forged trails where there were none, trekked across arid deserts, climbed and descended icy mountains…cutting trails for themselves and for all the circus performers who would follow.

But for all the treachery endured by circus performers, spectators would never see that side of the profession. The joy brought to town after town, city after city, was indicative of the circus’s contribution to Australia’s arts culture. From one minute to the next, audience members’ jaws dropped, their bums sat on the edges of their seats, their mouths curled into smiles, and their eyes sparkled with wonder. No one was immune—ladies, gentlemen, boys and girls…children of all ages.

The Circus, as Artistic Expression

The culture of circus in Australia continues. Young people are trained at the Flying Fruit Fly Circus (ages 8-19), at the National Institute of Circus Arts (Bachelor of Circus Arts degree) and others. There are currently more than a dozen travelling circus shows in Australia.

Standards have evolved for the safety and protection of animals, but some things will never change—like the joy the circus brings to children from 2 to 102. The circus will continue to venerate diversity rather than competition, to promote teamwork, to celebrate ranges of emotions, and to make fantasy and escapism things to hold in great esteem.

The circus is just one facet in the kaleidoscope of the Australian entertainment industry. Stay tuned as Bamboozled Productions brings other facets to life, so we can all celebrate the colour, diversity and cheer that make the arts a priceless part of our unique culture.