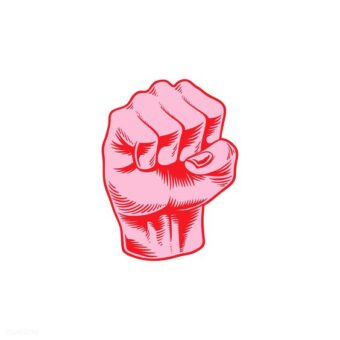 Resiliency of the Artist

Artists are finding themselves in a corner.

Despite the arts’ $100 billion contribution to the fed every year, along with community engagement, creative expression, freedom of speech, challenging of the status quo, mental health benefits, education of younger generations and more, the government continues to pull funding.

And all of this in spite of middle-Australians’ sentiments about the importance of the arts. In a report published by The Australian Academy of Humanities just before the Coronavirus outbreak, these Australians were asked, “What would Australia be like without arts and cultural activities?” One woman responded, “You may as well live on Mars.” Others agreed that the arts build community, expose children to culture, stimulate creativity, broaden the mind and give Australia a sense of identity.

So what does this overwhelming affinity for the arts mean to the government? Will the Coalition appeal to these swing voters, or will the erosion of funding continue?

Although we are living in unprecedented times right now artists have been here before.

There have been countless times throughout history when the arts found themselves under attack. Many artistic movements were unthinkable for their time. Performers were banned during the Middle Ages and in the streets of London, expressionism served as a battleground where the bourgeois were shocked and appalled by taboo subjects, Nazi Germany censored art from 1933 to 1945…and artists persisted until their artforms were accepted as mainstream, or seen as pivotal in social change and spiritual crises, during the 19th and 20th centuries.

A brief look at the history of sanctioned art reveals heartrending stories of artists who were oppressed simply because the world wasn’t ready for their message. Caravaggio, Pasolini, Panahi, Mapplethorpe, Weiwei, Maseko, Chaplin, Klee and Husain are a few examples of artists who used homosexuality, political views, women’s rights and nudity in their art and were punished for it. In every case, their art was a voice for a specific community, and they had to fight for their voice to be heard.

Australia is a democratic society. Our country’s citizens value freedom of speech, the right to protest and differences of culture, religion and opinions. One of the primary ways those liberties are expressed is through art. But yet, one can’t help but notice that the defunding of the arts, by the federal government, feels a lot like sanctioning.

How will today’s artists, which some might say are the most resilient of all professionals, respond?

They will fight, just like those who have gone before them.

What’s Next for the Arts in Australia?

What message is the Coalition sending to the arts sector by slashing funds and dissolving the Arts Department? Some will say they’re simply reallocating funds, or responding to the Covid-19 crisis. Others, students of history, are more inclined to believe that it’s more of an attempt to silence the voice of the people. Because after all, that’s what the arts are.

What can we do to combat this?

We can rally support, capture the attention of the government, demand equitable wage subsidies, funding and overarching strategic support for the arts. We can follow the path that our artist forefathers laid for us, by continuing to perform and to advocate for the arts.

Any snapshot of any period of time in world history will show that artists are resilient; our predecessors have given us plenty of examples of how to forge forward in the face of attack. We must continue to take the stage, continue to perform, keep creating…all with the knowledge that by fighting for the arts, we are fighting for humanity.

At Bamboozled, we have great faith in our troupe and in the performing arts community as a whole. The music of song and laughter will once again fill the hallowed arches of theatres and the streets of our cities. Until then, we will not be silenced.