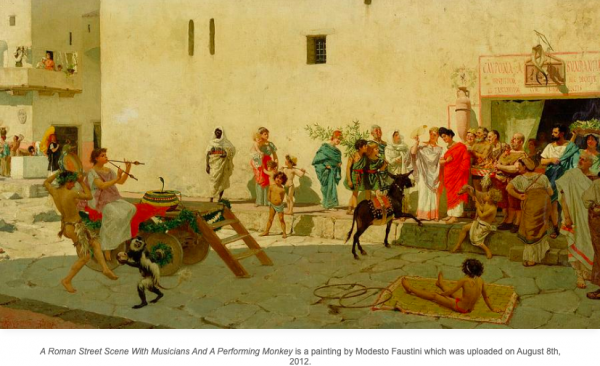 The bustle around the merchants’ stalls swells. Children and adults gather as a clown wearing a starched neck ruffle and pointed felt hat stoops to unlock a weathered wooden chest. From it he unearths a collection of rings and balls.

He stands tall and takes a deep breath.

Today will be his first street performance since his arrest.

A Perilous Business: Street Performance through the Ages

Before the introduction of recording devices, the only way to consume music and other forms of entertainment was live. It was also the only way for performers to deliver it.  And so, entertainers not hired by opera houses hit the streets to deliver impromptu, open-air theatre.

Street performance dates back to Medieval times, when merchants would ask musicians, magicians, dancers and comedians to perform, in the hopes of attracting new customers to their stalls. Aspiring artists and beggars soon realised they, too, could perform for meagre tips and joined the street performance movement.

Fast forward to Victorian London, when the “street music problem” had gotten so bad that Charles Babbage referred to the mounting racket as “instruments of torture.” Charles Dickens claimed that he was “…harassed, worried, wearied and driven nearly mad by street musicians.”

As a result, the Metropolitan Police Act of 1864 was introduced, which imposed strict limits on street performance. It was later repealed and replaced, but to this day, permits are required for anyone wishing to perform within the borough of London.

An even older street performance law was enforced in 462 B.C. Rome. This one had little to do with noise, and everything to do with content. Any entertainer heard satirising the government or its officials would be put to death.

Less severe, but still brutal, was Henry VIII’s mandatory two-day whipping of any performer who did not obtain a license, or who broke mask and costume rules.

Street performance got quite a different billing in The United States. During the 19th Century, travelling snake-oil salesmen used roving entertainers to raise people’s spirits…tricking them into believing the elixirs and potions were responsible for their heightened energy and outlooks. Hats were passed, and everyone benefited except the placebo-consuming customers.

To this day, The States associate street performances with individual expression, covered by the Constitution’s 1st Amendment, which guarantees the right to free speech.

Australian colonies fashioned their street performance laws after London’s, giving police the power to move street performers who were interfering with the everyday movement of pedestrians and traffic. This “law” was quite ambiguous, and so for much of the 19th and 20th Centuries, street entertainers in Australia were unsure of whether or not they would be able to complete their performances…or remain in good standing with the law.

Today, street theatre restrictions still exist in Australia; however, each city has put forth a concrete set of rules, making compliance more attainable and predictable. 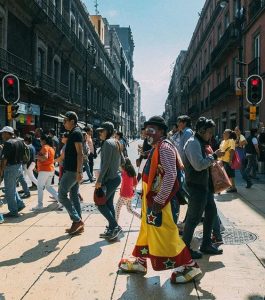 For contemporary street entertainers in Australia, heading out for a day’s work involves more than packing props.

First, they should be insured, to financially protect themselves from anything that might happen in or around the performance area, as well as injuries related to products they sell.

Next, street performers need to educate themselves on the regulations and permitting requirements for the city in which they wish to work.

Some metro areas, like Sydney, forbid the collection of fees for performances. Others restrict the use of animals and dangerous materials. Others, like Brisbane, require an audition before a permit will be issued.

That’s just a scratch of the surface—and precisely why performers must consult with individual city offices before performing. Public places aren’t always “public,” and with the privatisation of places like open-access malls, it’s crucial that street performers make sure they’re on the right side of the law before they sing one note, crack one joke or toss one flaming torch.

The Tenuous Relationship Between Street Performers and Law Enforcement

For centuries, cities, law enforcement and street performers have had a challenging relationship. Street theatre is not only helpful in the advancement of individual career goals, it’s beneficial to business owners who want to increase traffic and boroughs that want to reduce crime and enhance community relations.

In ages past, the line between benefit and urban nuisance was crossed too many times for municipalities to tolerate. There were beggars disguised as performers, agendas not related to entertainment, unruly crowds…and that’s why regulations are now in place.

And so today, street theatre is not only tolerated in metro areas, it is encouraged. When regulated, the benefits for cities, law enforcement and performers far outweigh any disadvantages or bad history. 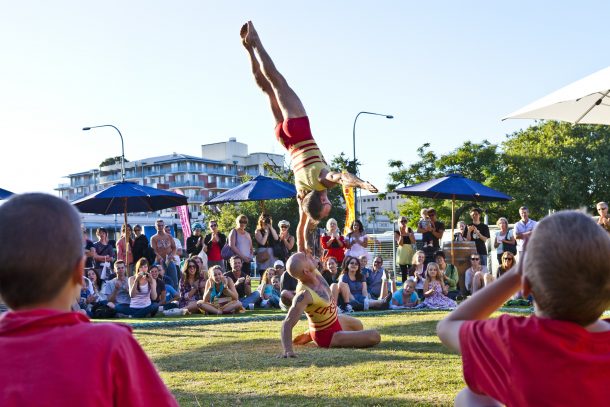 Whether you’re looking to discover the next global sensation or to build interest in a thoroughfare near your place of business, Bamboozled Productions offers a vast assortment of inventive and engaging street theatre acts, all ready to entertain diverse audiences in a variety of indoor and outdoor spaces.

And you can rest assured that Bamboozled performers are fully permitted, insured and well-versed in city regulations—we make sure of it!

Contact us today! We’d love to talk about “taking it to the street.”