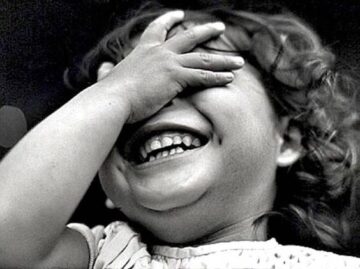 Define humour. We’ll give you a minute.

It’s not so easy to put into words is it? You could call it amusement, or laughter, or dopamine…but how does any of that define humour?

It’s quite subjective, isn’t it? Because one person will laugh at a joke, while another won’t because she hasn’t experienced what the comedian is talking about. One person might be offended, while another guffaws until lager comes out his nose.

In this way, humour is a lot like beauty, or like taste. And still, a definition seems out of reach.

But we can give it a shot.

Theories that Try to Define Humour

There have been a number of efforts to define humour over the centuries. Some theories centre on humour as a psychological phenomenon. Others call it cerebral, mysterious…even spiritual.

The Relief Theory states that humour, and laughter, are the release of nervous energy. Along with this theory comes the hypothesis that laughter’s purpose is to reveal desires that are suppressed and to tear down our inhibitions.

The Incongruity Theory states that humour is triggered the moment the relations between a concept and an object no longer match. This school of thought rests on the idea of absurdity.

The theories about the existence and endurance of humour go on and on, and it seems that no one viewpoint has more validity than the others.

Let’s take a look at some common forms of humour and how these theories might apply. 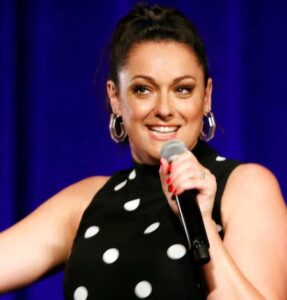 Stand-up comics could be called masters of subversion (subversion being the undermining of authority). They examine the norms of society and then go so far against the grain that we gasp. That is humour as defined by the Incongruity Theory.

When that comedian is describing what he did to “buck the system,” our psyches have trouble relating his behaviour with everything we’ve been taught that’s right, good and acceptable. And we laugh.

That comedian is also willing to stand in front of a critical audience (who have probably paid for their tickets and are expecting to be entertained), and make a fool of himself. 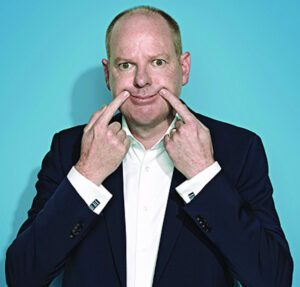 He might not be dressed in a big red nose or crawl out of a too-small car, but he embarrasses himself for our entertainment. We laugh because we’re subconsciously glad we’re not him. That’s the Superiority Theory in action. 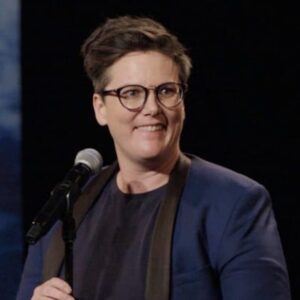 And something that’s not often talked about: when people are part of a comedian’s audience, they’re nervous. They worry that she might single them out, or call them up on stage. They are apprehensive about her performance. Will they be uncomfortable because she’s not funny? Will she trigger past memories and cause discomfort? Will they laugh when they shouldn’t? Will she make inappropriate jokes?

That’s the anxiety, and the laughter is the release. When that stand-up comedian hits on a hidden desire or an inhibition, we bust up…just lose it. That’s the Relief Theory.

When actors are asked to go off script and say what comes to mind, the result can be downright uproarious. But why?

The Superiority Theory comes into play because we, in the audience, are pretty glad we’re not in that actor’s position. We wouldn’t want to be in the spotlight, sweating, shaking…and potentially getting ready to say something so stupid our colleagues will never let us forget it.

Now, that actor may not actually be feeling all of those things. But, the audience members don’t know that. They only know how they would feel—and because they’re in a velvet seat and not a hot seat—they feel like their position is superior in that moment. And so, they laugh.

Part of a great audience/performer relationship is empathy. The actor must put herself in her audience’s shoes. And in order to be entertained, each audience member must be willing to abandon all thoughts of the day and step into that actor’s shoes.

Now if that actor is asked to improvise, that empathetic audience member immediately feels exposed, nervous, anxious…because they want her to do well. They are, after all, feeling what she feels. And so, when those spontaneous words come out of her, they are both surprised and relieved. That’s the Relief Theory in action.

And finally, the Incongruity Theory comes to life with improvisational humour when the actor says something that’s completely unexpected. All audience members are guessing what she’s about to say…and when it’s not what they expect, it’s hilarious. It reveals the incongruent nature of individual minds and experiences, and showcases them in a way that discloses just how incongruent this world and all its suppositions really are.

Video Description: Charlie Chaplin – The Tramp Gets A Job – The Circus (1928)

To close out this listing of theories of humour in action, it’s worthwhile to take a quick look at Chaplin. He integrated the Superiority Theory into all things class, particularly whilst playing someone on the bottom rung of the societal ladder. When he plays the dunce, or the beggar or the drunk, we’re all pretty happy we don’t live that way—and we laugh.

He tapped into the Incongruity Theory when he portrayed characters attempting to be someone they’re not. For instance, when he played a poor man dressed as a wealthy one, it’s pretty clear that he’s never had to dress that well. And in that context, the mismatched pieces of clothing and mismatched class portrayal are enough to make us laugh.

By depicting scenes surrounding people from the dredges of society, Charlie Chaplin hit a nerve for anyone uncomfortable with disproportionate wealth, class, intelligence, luck…and rubbed salt in those wounds. But then, just when you think that none of this is funny, he employs the Relief Theory by showing us that maybe we’re not all that different after all. He breaks down a barrier and yes, we laugh.

Will We Ever Know the Answer to “What is Humour?”

Humour is a cerebral thing and a spiritual thing. It’s a psychological phenomenon and a physical reaction. It’s a theory, and yet it’s demonstrated with material, tangible and measurable actions.

We haven’t cracked a single joke in the past three minutes, so you probably have not laughed. By refraining, we think we’ve proven that just the idea of humour isn’t funny. Laughter cannot be ordered or triggered on demand. It’s so much more complicated—and beautiful—than that.

In conclusion, we think it’s highly appropriate that humour remain a mystery, largely undefined. After all, some of the most valuable things in our lives cannot be captured with words.

So let’s keep laughing. We can ask why, but let’s not pursue the answer to the point that the amusement is lost. Let’s enjoy this spectacular gift we’ve been given and just laugh.

Could you use some humour at your next event? Or are you looking for an upcoming festival in Australia where you can laugh all day? Bamboozled Productions has you covered! Get to know our entertainers for hire or plan your next festival getaway.

We have the humour and we’re ready to make you laugh!

Video Description: Choose from our dynamic line-up of world-class performers, entertainers & artistic luminaries for your next event or festival!